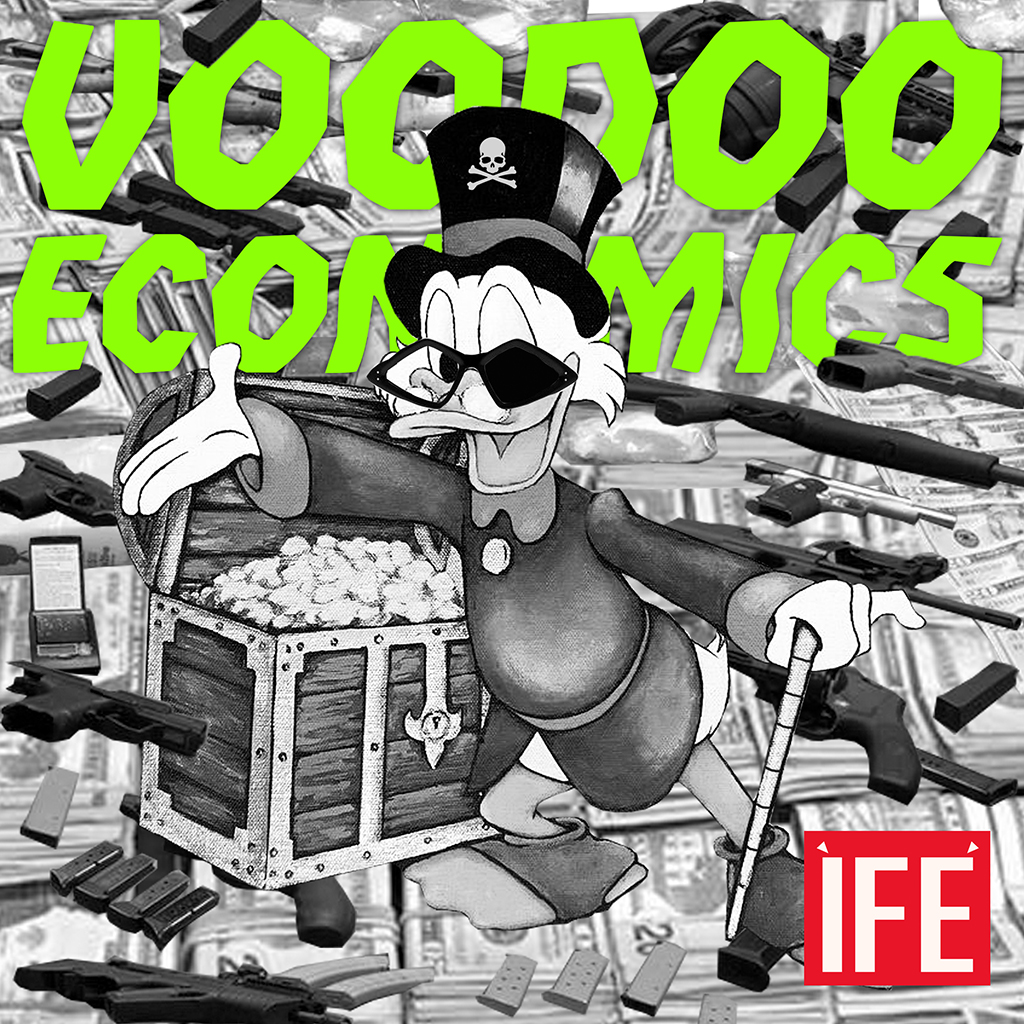 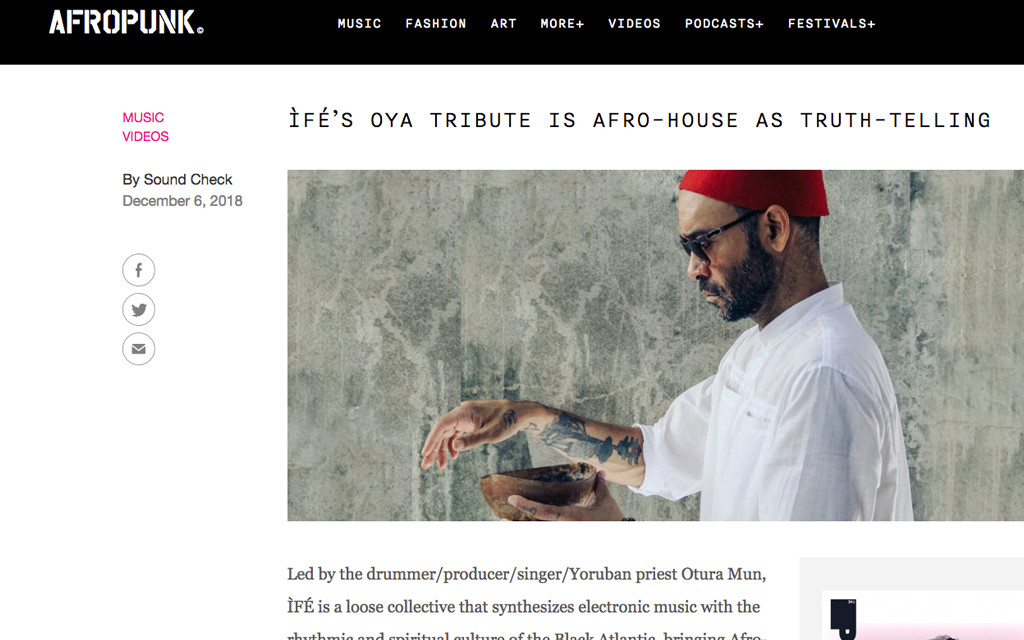 The first single off our upcoming record got a premier at the mighty AFROPUNK yesterday! Check their article here! Very excited to have this new song out in the street. THE TEARER (Bembe) is an ode to Oyá, the goddess of storms, keeper of the cemetery gates, mother of 9.

The video was edited by your’s truly, my first attempt at working at the controls. Huge thanks to Enrique Justicia Ferrer for the 3D graphics at the beginning. He nailed that X-Men intro!! Definitely wanna thank my folks at Sensory Percussion and LP Percussion. The tools these folks are giving me is making all the difference on this new record! Check the video below, it’s now available on all digital platforms as well. If you wanna support “big time” you can purchase the single via our Bandcamp site here. Enjoy!!! – Otura Mun

Caught up with the folks from Rolling Stone during our recent trip to Bogotá. So grateful for the opportunity to share this story! – Mun 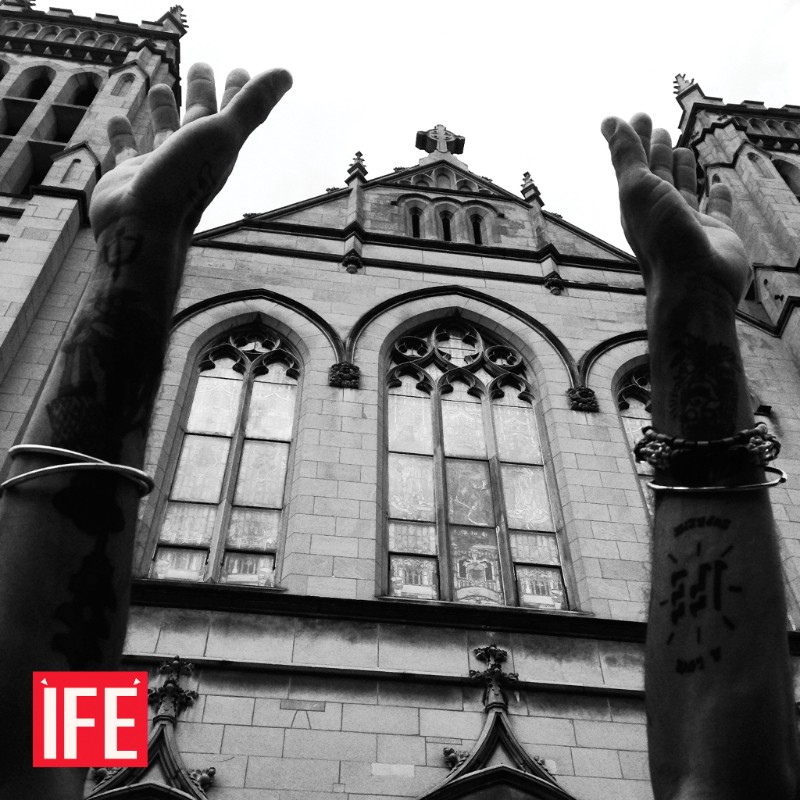 From its opening track to its closing prayer the album conveys a deep sense of spiritual intent, a sureness in its voice and purpose that is both brave and bold while maintaining the vulnerability and unsureness that the most intimate and honest of conversations always require. It’s been clear from the beginning that ÌFÉ is in a space uniquely its own. From the way in which the music is conceived, a live electronic performance, no programming, to its component parts, Cuban Rumba, Sacred Yoruba praise songs, Jamaican Dancehall, and American R&B, to the way it moves seamlessly from English to Spanish to Yoruba, the music is wilfully out of genre, yet focused and clear in a way that makes its newness seem rare, compelling. Serene and floating at times, determined, erotic, and raw at others, the music is as improbable as it is natural, a youthful knowing sound, aware of the weight of its voice, the ground that’s been traveled, and the urgency and uncompromising fierceness needed to meet the day. 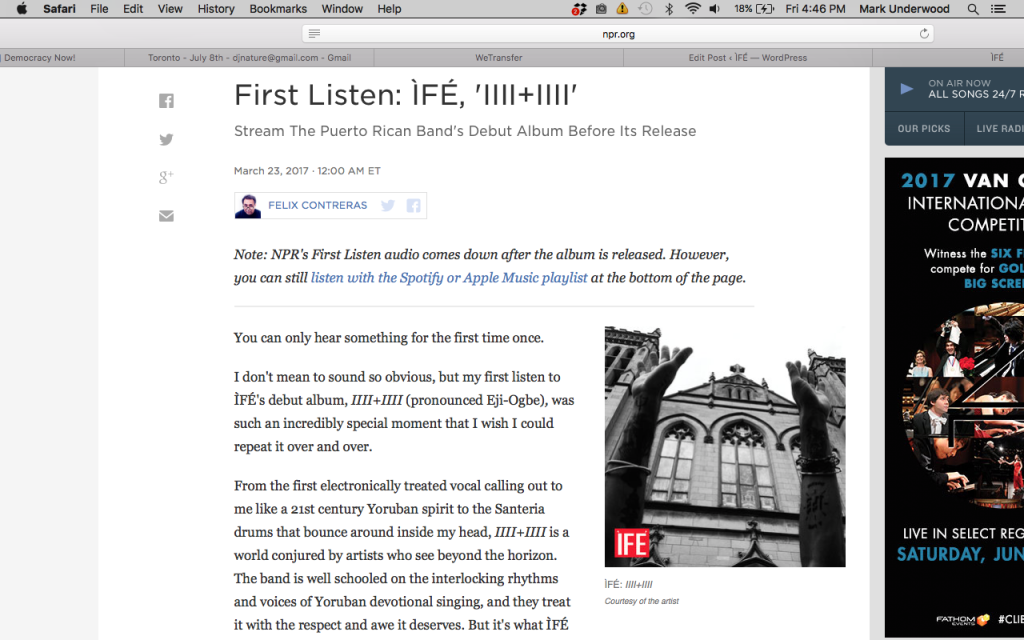 ‘My first listen to ÌFÉ’s debut album, IIII+IIII (pronounced Eji-Ogbe), was such an incredibly special moment that I wish I could repeat it over and over.’ – NPR
Read the article on NPR.